Palace. In front of a small crowd boosted by a large contingent of City supporters, the City line-up was: Pym in goal, a back four of Dawson, Wannell, Tillson and Moore-Taylor; a midfield quartet of Wheeler, Gosling, Grimes and Keohane, with Jay and Nichols up front. The bench comprised Hamon, Riley-Lowe, Watkins, Jagger-Cane and Chamberlain. In amongst the Palace side were players brimming with Premier League experience in Jimmy Kebe and Cameron Jerome.

In a frenetic opening, City came out of the blocks quickly, forcing a corner in the first few seconds. However, Palace had an effort on goal go just wide then took the lead. Impressive left back Jerome Williams crossed for Kyle de Silva to force home.

Undeterred, City fought back and unbelievably within ten minutes were 2-1 up, both goals a result of sloppy defending and

smart finishing. The equaliser came about when there was a tangle on the edge of the box and in the confusion Tom Nichols kept his cool to finish past Lewis Price in the Palace goal. The second was almost a carbon copy – a sloppy pass across the defence was intercepted by Nichols. He was allowed to get the ball under control and hit a sublime effort again giving Price no chance.

City were in dreamland, and playing some enterprising stuff, Matt Grimes and Jimmy Keohane in the middle revelling in their comparative seniority while the wingers and strikers were causing havoc for the Palace defence. City ought to have gone 3-1 up – from a corner, the ball broke to Jordan Moore-Taylor in the six yard box but, on his weaker right foot, he succeeded only in blazing the ball over the bar.

As is often the case when a side is trying and failing to put the game beyond reach, the other team will break and deliver a sucker punch, and this was the case here – for the first time Jimmy Kebe

was able to display the blistering pace City supporters are more used to seeing on MOTD, getting beyond Jacob Wannell and cutting the ball back for Sullay Kaikai to slide home beyond a despairing Pym. The game had opened up, providing a superb spectacle for the watching few hundred, and Cameron Jerome should have put the Premier League hosts ahead but, in keeping with a performance where he looked like he was wondering why he was being forced to play with the kids he skewed his shot wide.

If the crowd thought the second half would see Palace exert their three division superiority and cruise to victory, they thought wrong as Grimes in particular had other ideas, running the show from midfield. City forced a number of opportunities, Gosling forcing a fabulous save from Price, while other efforts from distance fizzed the wrong side of post and bar. Christy Pym was busier too than in the first half, clawing away several efforts. City did eventually re-take the lead. Jay and Nichols combined well on the edge of the box before Jay finished with aplomb, his slide-rule effort beating Price’s despairing dive and nestling just inside the post. Jay had another chance a couple of minutes later, but this time Price was equal to it and the ball just wouldn’t drop to

Keohane on the rebound. Jake Gosling made one run from inside his own half, beating four men before the move eventually fizzled out.

Palace made a triple substitution, replacing amongst others Kebe and Jerome, with Guedioura amongst those coming on. City too made their quota of subs, manager Rob Edwards introducing Jagger-Cane, Watkins and Chamberlain for Wheeler, Gosling and Jay.

As one might expect in the closing stages, Palace threw men forward in desperate hope for an equaliser, but City’s back line held firm albeit with a few scares – a strong penalty shout turned down and a couple of excellent saves from Christy Pym. The ball did end up in the City net after a free kick was headed in, but the linesman’s flag had been raised for some time. City’s inexperience showed on occasion as they broke out, instead of running the ball into the corners to waste time they squandered possession, but continued to defend for their lives until the final whistle was shown.

It’s easy to dish out platitudes and superlatives after a win like this, so let’s do just that. If you looked in on the game and were told one side was from the Premier League and the other from League 2, you’d have said the folks in sky blue were the Premier League lot. OK, so pretty much the entire City starting XI has had recent first team experience, but the City side had more of an “U21” feel to it than the Palace side which too had plenty of first team experience either with the Eagles or elsewhere.

The defence, marshalled ably by the impressive Pym, was more than a match for a Palace attack including Jerome and Kebe, the midfield pair of Grimes and Keohane ran the show, the wingers pushed the full-backs Parr and Williams (both more than able on this evidence) back, and up front Jay and particularly Nichols gave the Palace defence a torrid time. While Grimes and Keohane are already regular players in the first XI, Nichols and Gosling will have provided a reminder to Paul Tisdale as to their qualities and Aaron Dawson too will have jogged the memory that Butterfield’s injury doesn’t necessarily require a square peg/round hole measure.

The quality of passing and energy level will live long in the memory, and on this evidence City have no worries about the long-term health of the club. To the players and staff involved on the night, thank you for creating such a buzz! 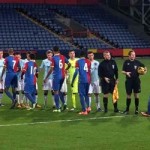 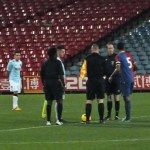 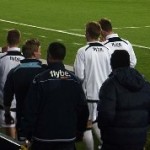 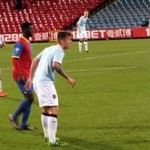 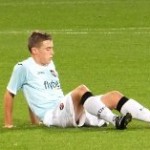 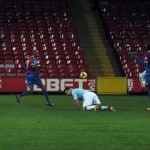 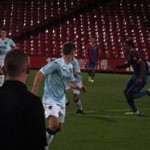 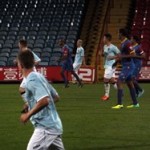 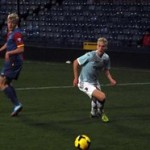 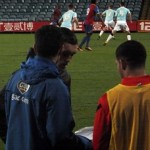 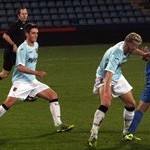 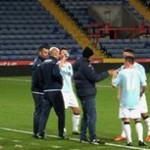 Previous: Former Exeter Striker Gets Caretaker Role at Bury
Next: Match Officials: Away to Portsmouth