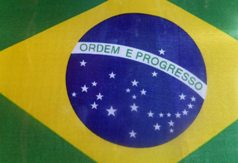 Exeter City will return to Brazil next summer to play Fluminense at Estádio das Laranjeiras, in a game commemorating the centenary of the Grecians’ first visit and with it the birth of the Brazilian National Team.

The game against Fluminense, which will include the original ball used 100 years ago and both sides wearing kits based on the originals, is hoped to be one of three matches City will play in a tour of Brazil – home to next year’s FIFA World Cup.

Exeter Chief Executive Julian Tagg said: “We are sure that where possible, Fluminense will seek to include various guest players from other clubs in Brazil,” before adding: “Our club would like to formally pay tribute to the President and his board of Fluminense for the respect and friendship they have shown to our club.”

The club have said they will be arranging packages to Brazil, but details of both this and other information will be announced at a later date.

There is also an official club Q&A here: http://www.exetercityfc.co.uk/news/article/brazil-trip-qa-946232.aspx.

Previous: Vote for Greatest Season and Greatest Manager
Next: Former City Star Harley is a Robin