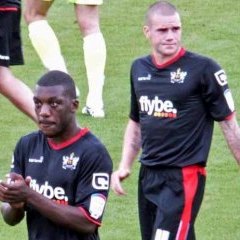 The Professional Football Compensation Committee (PFCC) met on Wednesday 19th September 2012 to discuss 3 transfers of players aged under 24. James Collins from Shrewsbury Town to Swindon Town was also ruled up. Of direct interested to Exeter City fans though, was their evaluation James Dunne and Troy Archibald-Henville. We’ve been waiting a long time, and its disappointing that they hadn’t met before the transfer deadline date.

The Club statement can be found here.

We’ll be bringing you more on this story in the near future, and have a better explanation on how these 2 deals were worked out.

Previous: Next Up: Away to Southend United
Next: FA Cup 2012/13: 2 Devon Clubs Carry the Flag to the 2nd Qualifying Round