Finally we get to the start of the new League 2 season. Relegation and dismal performances can be forgotten and in place a new optimism for a new season. Plenty of stories for you read before you head off to the Park, or whilst you listen to the game on Grecian Player. We publish the link to Cheggers pics. We’ve even got a link to a poster for you to download!

We’ve looked at today’s L2 season opener against Morecambe. Some good memories? Read up on them, here.

Young Jordan Tilson goes out on a month loan. The Gloucester City website has thestory.

We reported on how HMS Defender sailors get some Grecian kit to play in.

Want a free poster of this year’s team? Available from the local newspaper here.

Back to 7 named substitutions today, as we discussed on Exeweb back in June on a threadhere.

We took on Crystal Palace in the League. But lost 2-1. Ant’s match report plus the picturesfrom Cheggers

2 away games coming up. Everything you need to know in our ground guides, including entry arrangements and prices. First up is Aldershot – and then next Saturday is Accrington Stanley.

Our guest writer looked at the prospects of the 3 Devon league clubs. Have you read it?

Exeweb took in an Extra Preliminary round game in the FA Cup and produced a match reportwith loads of photographs. 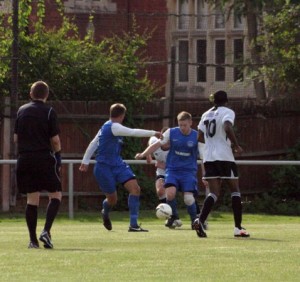