A Saturday free from any competitive football for the Grecians, so a trip down the A31 was in order to take

Both teams had already played 2 competitive games in their leagues, Alton Town having drawn 1 and lost 1 whilst Bradford Town had won 1 and lost 1. The town of Alton is in East Hampshire and has a population of about 17,000. Its train station, which is on the Waterloo line through Aldershot, sees the start of the Watercress Line which runs steam trains down to Alresford. The town also boasts a gold Royal Mail letter box 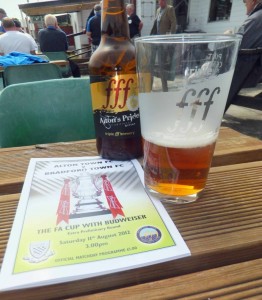 thanks to Alton’s Peter Charles winning gold in the Olympics show-jumping.

Entry was £7, the programme a £1 and a bottle of the excellent local brew Alton’s Pride from the Triple fff brewery was £3. The pitch looked to be in excellent condition, full of grass but hard. Attendance was in the region of about 70. The car said the temperature outside was a warm 28°c.

Both sides struggled to string more than a couple of passes together in the opening stages, and it was Bradford Town that settles the quickest. On 18 minutes they forced the Alton goalkeeper, Craig Atkinson to tip over the bar and a few minutes later Alton needed to clear off the line.

This stirred Alton in to action, on 28 minutes the ball was taken down on the right wing towards the byline, and Alton’s number 9 whipped in a cross in to the patch of an incoming Henry Little who volleyed the ball home.

1-0 to Alton. That goal settled Alton and the held most of the possession for the rest of the half. Just before half-time Alton extended their lead. Goal scorer turned provider as he provided a perfect cross to Alton’s No. 10, Simba Mlambo, who headed home from some distance. 2-0 to Alton at half time.

Bradford Town took control of the second half, but were unable to get an all important goal, and frequently being caught offside. Alton held out and indeed increased their lead on 78 minutes with some clever switches of play found Simba in the middle who was able to drill the ball in to the net giving the Bradford goalie no chance. Alton 3-0.

Bradford continue to push forward, and despite using all their substitutes were unable find their way through a resolute Alton defence. Towards the end they did head on to the post. But that was it.

Alton’s win means a £1000 bonus and a local tie down the A31 at Winchester City, which will be played on Saturday 25th August.

Before the Preliminary Round is played Exeweb will provide a further update, and news on how the Devon sides line up for the that round.

Click on the individual pictures in the gallery for a full size view. 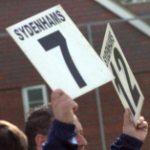 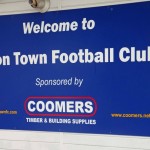 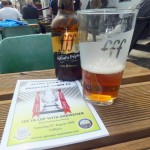 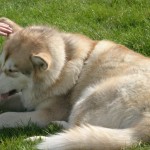 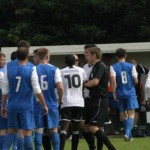 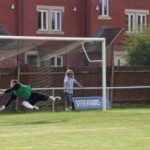 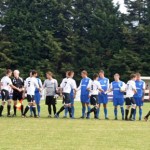 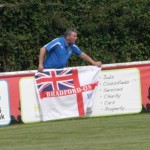 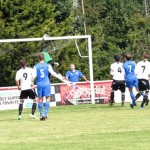 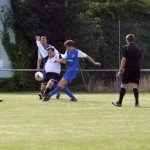 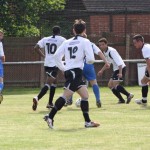 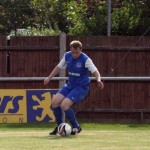 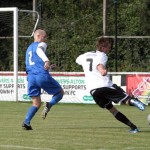 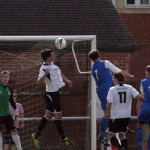 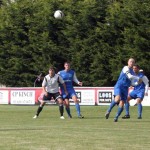 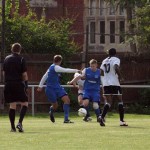 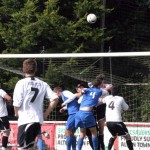 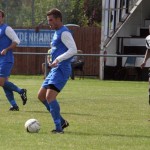 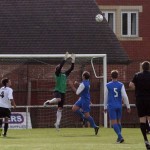 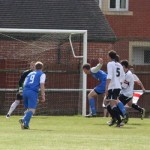 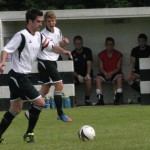 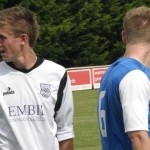 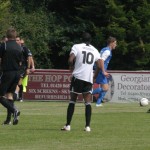 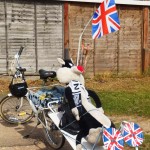 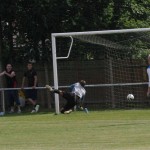 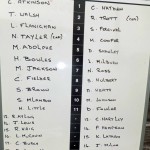 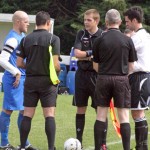 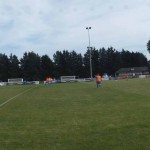 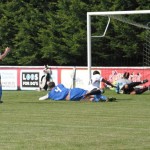 Previous: Next Up: Crystal Palace in the League Cup
Next: The Footballers of HMS Defender get kitted out as Grecians