The fixtures list for the forthcoming season have been released. A reminder that Exeter City is now a League 2 team.  Starting with a home game against Morecambe, then aways to Aldershot and Accrington Stanley. A distinct feel of 2008/09!

The Morecambe game provides for some nice symmetry as that was our last home game in League 2 before setting off to the Don Valley and promotion. We drew 2-2 in front of 8,544 fans.

Aldershot for our first away of the season will be interesting. 8 defeats in a row at the Recreation Ground. 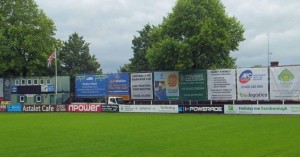 Time for a change! Tuesday night may not be helpful for what is normally healthy number of Grecians making that trip.

The first Saturday away trip is to Accrington Stanley, hopefully being August it won’t be raining as there is no cover for away fans! Our last visit involved a disappointing 2-1 defeat in our promotion run-in.

One set of fixtures fans will al be looking for are the Devon Derby games. 2 in a week before Christmas will make December interesting! First up will be Argyle on Saturday 15th at St James Park, then a week later down the A380 to Plainmoor and Torquay United.  Torquay then make the return trip to St James Park in January on Saturday 26th. Home Park will see the Grecians visit on Easter Saturday (30th March).

The other local games will be Bristol Rovers. Home on Saturday 29th September and up to the Memorial Ground on Saturday 19th January. A cheaper day out! 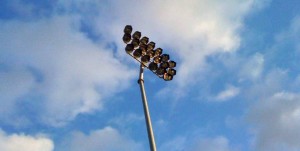 Christmas has Oxford visiting on Boxing Day, and an unsurprising trip to Wycombe of New Year’s Day.

Last home game of the regular season will be Cheltenham and the last away (and last game of the season) will be at Chesterfield. Season ending a week earlier on Saturday 27th April. Will those games be significant? Let’s hope so.

If it’s time to plan those away trips, then we published this article a few weeks earlier providing a guide to costs.

I wonder when the new signings list is out!