Mark Robson, 43, has been appointed as head coach of Barnet FC, following the departure of

Lawrie Sanchez and Martin Allen. A difficult season for Barnet saw them escape relegation on the last day of season at the expense of Hereford.

Mark Robson started with the Grecians in 1986, as an apprentice. He made his debut for Exeter City on 11th October against Lincoln City. He helped himself a goal in that game as well, helping City to a 2-0 win. He made 28 appearances in that season, including cup matches.  He had a great season, and his great skill inevitably he caught the eye of a top flight top. Spurs came in for in, and offering some £50,000 got his signature. So Mark returned to his birthplace, London.

He made 9 appearances in all for Tottenham Hotspur, before going on to loan to: Reading, Watford, Plymouth, Exeter. Before moving to West Ham on a free. 56 appearances later Charlton Athletic bought him for £125,000. Making some 120 appearances for them, an injury prone career meant that he finished his career on loan at Notts Co and Wycombe having never met his full potential.

He then pursued a coaching career, firstly at Charlton, then at Gillingham. He moved on to Peterborough, and today was appointed at Barnet.

43-year-old Robson is widely regarded as one of the best qualified coaches in the professional game, holding a UEFA Pro License and previously coaching under managers such as Alan Curbishley, Les Reed and Alan Pardew. He brings with him a wealth of experience and the ability to manage professional footballers of all ages and abilities, having worked as Charlton Athletics’ Development Coach. This position was then followed by his appointment as Assistant Head Coach to Les Reed. His more recent roles have seen him work as Assistant Manager at Gillingham and as Peterborough United’s First Team Coach under Darren Ferguson. His playing career saw him represent the likes of Exeter City, Tottenham Hotspur, West Ham, Charlton Athletic and Notts County, where he finally hung up his boots in 1999.

He has always done well against Exeter City, so the 2 League games between the Grecians and the Bees will be interesting.

An article from the Fulham programme on 25th January, 1992. 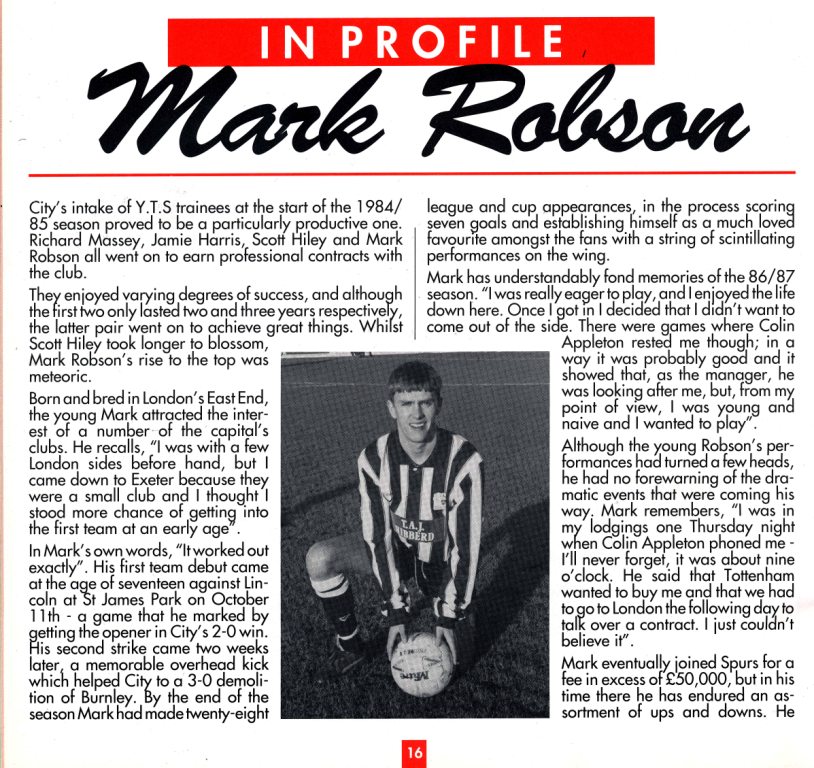 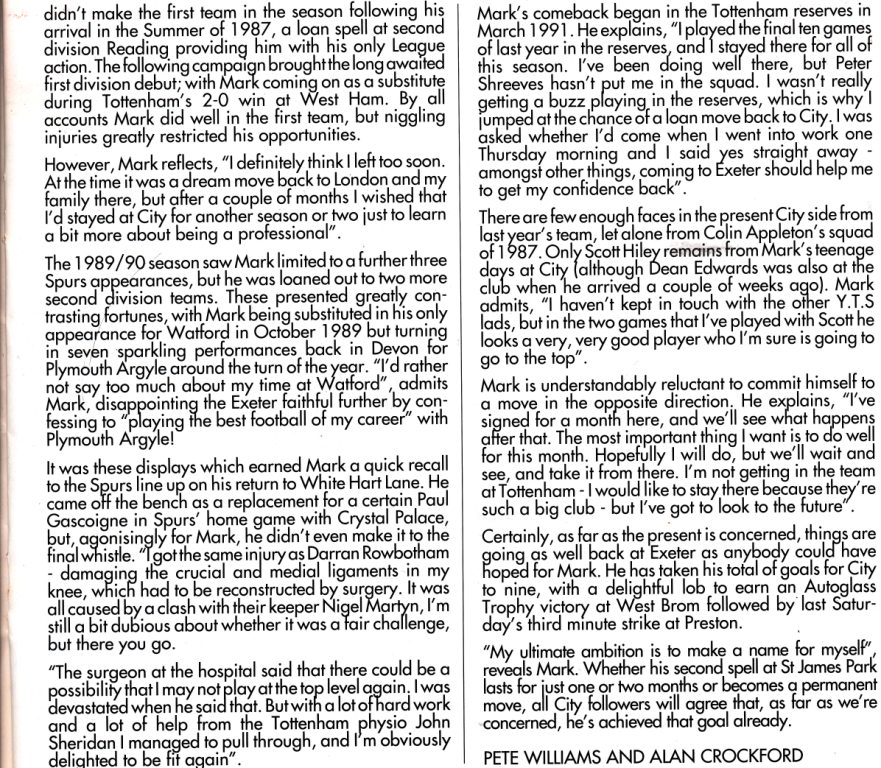