The month started off with the bad news that former Grecian captain, Dan Seaborne, had been injured in an attack outside a Southampton nightclub and was seriously ill in hospital.

The Grecians needed a better month than August, otherwise a relegation battle for the season would be on the cards.

Saturday 3rd meant a long trip to the Victoria Ground in Hartlepool. The thoughts of the Western Morning News (WMN)

The furrowed brow of the Exeter boss told its own story. How can he get his team firing with three key players – John O’Flynn, Guillem Bauza and Liam Sercombe – still sidelined through injury?

Whilst City played better than in previous games, they still were unable to find the back of the net.

The 10th saw City in the capital and a visit to the Valley, scene of a spectacular 3-1 win last season. Again the officials were embroiled in 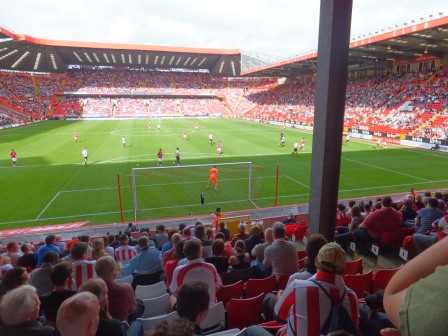 controversy. In the words of the WMN:

Lady Luck has certainly not been with Exeter yet this season, with a number of big decisions not going in their favour. And that was the case again when, on 16 minutes, Daniel Nardiello’s scrambled effort appeared to have crossed the goal-line, which would have given the Grecians a 1-0 lead. Despite City’s appeals for a goal, the assistant referee – perfectly placed by the corner flag – disagreed. His flag stayed down and the goal that Exeter’s superb early play had deserved never materialised.

However, Dan Nardiello’s continual protestations meant that the ref had no choice but to send him off. So where City had started so well, now with 10 men it became a struggle. Charlton took full advantage running out 2-0 winners.

An evening game on Tuesday 13th saw Notts County as the visitors. City desperate for points, but i 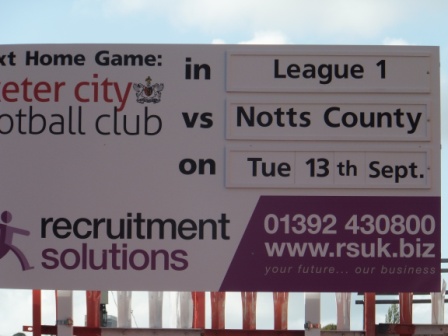 t wasn’t to be. But an important point was gained nonetheless. City’s goal scored by a Notts County player. WMN’s thoughts were:

Exeter City’s winless streak continued and they were somewhat fortunate to emerge from last night’s npower League One encounter with Notts County with a point after an uninspiring 1-1 draw.

Prior to the visit of Bournemouth, young attacker Matthew Whichelow joined on loan from Watford. He went straight in to the starting line for the game against the Cherries on the 17th. More misery for the City faithful. The WMN reported:

Danny Coles thought he had rescued his side by performing a goal-line clearance to deny Scott Malone, only to see the ball cannon back off Richard Duffy and into the net. To suggest that moment had a decisive say on the outcome would be blinkered to say the least as Exeter served up an abject second-half performance that was lacking drive, creativity and belief. But it did provide a snapshot of the way things are going for Paul Tisdale’s side at present.

So, another game without scoring and another defeat. 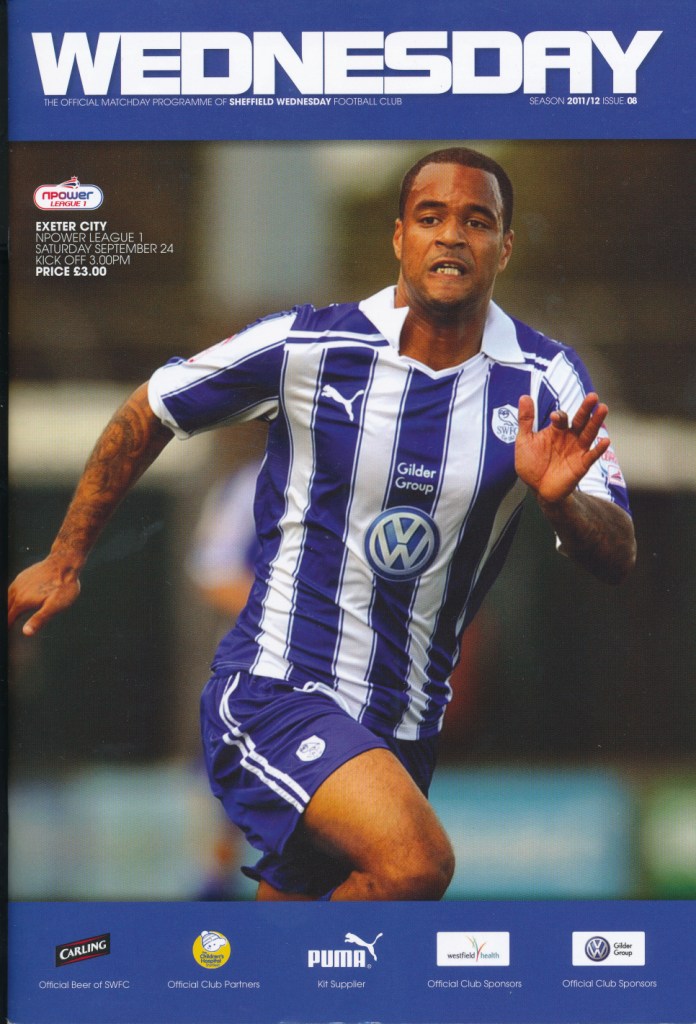 Another week and another loan signing. This time Welsh Under-21 Jake Taylor from Reading.

Saturday 24th saw a trip to Hillsborough, scene last season of an incredible last day victory over the Owls. However, Sheffield Wednesday cruised to an easy 3-0 victory, against a City side that still can’t find its scoring touch. WMN said:

In 90 minutes at Hillsborough, they failed to test home goalkeeper Stephen Bywater, who had perhaps the easiest debut of all time. Not only did he not have a save to make, but he was barely called upon all afternoon, such was the impotence of the Exeter attack.

Rowan Vine returned to QPR, and in came yet another attempt loanee to bolster attacking options, Matt Oakley was bought in from Leicester City to shore up the midfield and provide a better supply to the impoverished City front-line.

Just the 1 point in September which left the Grecians in 23rd spot in the table at the end of the month.  A relegation struggle would ensue. A thin squad and injuries taking their toll and a settled side not being acheived.

References and source for quotes